Aigialeia, baptized by the River of Styx at the top of Chelmos, renews its immortality surviving earthquakes, fires and waves.

To begin with, Aigialeia contributed to polity and administration as in the 8th century BC the 1st Achaean Union was created based in Eliki, and afterwards in Aigio. It had been the first democratic confederacy, 2600 years before the United States and 2800 years before the European Union.

Additionally, it contributed to the liberation of the nation, maturing the ideas of the revolution at the secret meeting of Vostitsa, in 26 January of 1821.

Moreover, Aigialeia’s involvement in the economy’s growth has been vital due to the exports of the famed Vostitsa Currants, achieving for many years more than 50% of the total exports in Greece.

Nowadays, Aigialeia contributes in our serenity and rapprochement of our relationship with nature and authenticity. Despite it is contiguous with big city centers and internationally known sites (Olympia, Delfi, etc.) remains still unknown and unexplored. And as such, Aigialeia reveals secrets and new experiences.

Aigialeia appeases in highways and byways through olive groves and vineyards, protected areas Natura 2000, rivers and canyons, lakes and mountain peaks, fir and waves. It experiences reverence and contemplation in monasteries and churches of distinct architecture, and of religious and historic value. It enjoys the taste and gastronomic experience of local quality products and viands. It animates myths and stories from prehistoric times and mythology to its recent past. It lives eagerly, with high-adrenaline activities, extreme sports, and entertainment.

Some call Tuscany of Greece the green hillsides of Aigialeia, where many different and unexpected experiences await the traveler and the local people.

Beautiful villages offer agrotouristic activities such as cultivation, harvest and process of the fruits. Wineries show the oinotouristic activities of the region and the local roads of wine among vineyards and oileries show how local virgin oil is produced. Alternative museums, archeological sites, monasteries, country churchyards, taverns in the countryside, traditional guest houses in villages, Golfo’s fountain and many plane trees in the village squares complete the picture.

In less than thirty minutes one can go from the coastline of Aigialeia to the mountain areas and to Kalavrita. The mountains and the hillsides plunge into the sea composing a unique canvas with colors ranging from the green of fir trees to the sea-blue. Between the hillsides Krios, Vouraikos, Kerinitis, Selinoudas, Meganitis and Foinikas. Seven rivers and one lake, called Tsivlou, create a scenery of rare beauty, while from the fir-trees forests of Zarouchla, Tsivlou, Fteri, Kounina, Lopesi, and Krini wink at the Corinthian Sea and Central Greece offering a breathtaking view of the sea from the fir trees.

And inside the beautiful canyon of Vouraikos, parallel to the European long-distance path E4, hides one of the most rare and beautiful railroads of the world. The Odontotos railroad, the youngest endemic to the canyon, travels harmoniously by the river since 1896, covering the dreamscape of 22.5km length and 750m height, from the seaside resort of Diakopto to the snowy Kalavrita, on 75cm width of the narrowest cogwheel railway in the world.

Generous, qualitative and serendipitous, it is ready to offer to each visitor a unique Aigialeia experience. 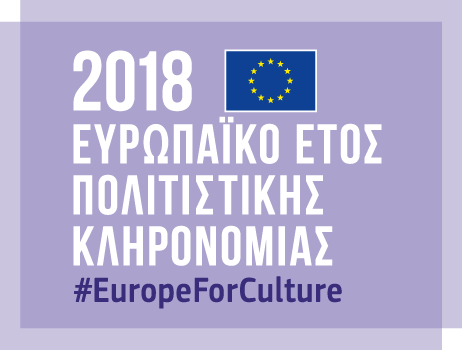